EFFECTS OF UNEMPLOYMENT IN NIGERIA.

EFFECTS OF UNEMPLOYMENT IN NIGERIA.

Over the last decade, globally, there have been economic ups and downs. Countries are looking at ways to improve their economy as it is a major inroad to affecting the lives of its citizens. Africa is a developing continent, and is not isolated from this situation. The verity is that Africa has been worst hit by this economic downturn and it is taking a toll on its people.

Nigeria, the supposed giant of Africa and one time largest economy above South Africa lost its place due to the dwindling of its major source of revenue—crude oil. Largely, this is due to the inability for the government to create an enabling environment for private sector to strive. And also the ability of doing business in order to drive in foreign investment and lack of economic diversification and policy. All these translates to less work-force needed and invariably unemployment and underemployment.

With a population of about 190 million, with almost 50% of that population below 30 years. About 2.5-3 million young Nigerians—graduates enter the labor market yearly without the prospect of job for 40 Percent of them, (Stutern report, 2016). That averagely a whopping 1-1.2 million unemployed graduates yearly. Nigeria bureau of statistics gives an estimate of about 3.3 million addition to the unemployment figure, leaving us at 20.9 million unemployed. This figure does not account for those who work but are either underpaid or dislike their job.

How did we get here?

Apparently, the routine for every child who is done with her secondary education is to go to the university, graduate and get a good paying job. This cycle has long been proven to be obsolete. The system doesn’t support this anymore.

The government has successively failed to look at the issue of unemployment with a sense of urgency. As at today, we are a consuming economy without any productive capacity, this is sad, even while looking at our growing human capacity which ought to be at our advantage.

The educational system is not exonerated from this misfortune. However, they are basically structured to produce an employee rather than a job creator. Recently, we were informed of how some international businesses had to pull out of Nigeria due to the harsh economic situation. That’s to tell that our economic policies has to be more entrepreneurial friendly in order to encourage investment.

Effects of Unemployment on National Security:

Security experts continuously argue the effect this menace has on national security. It’s generally said that an idle minds is the devil’s workshop. This translate to saying that when the mind is not channeled to doing positive things, it focus on the negative. Most, if not all of the social and security challenges we face as a nation are all linked to unemployment.

Issues as the case of the boko-haram insurgency, armed robbery, internet fraud, kidnapping and other vices. Even some political actors have suggested that ending the insecurity in the Northeast would mean providing economic opportunities to the teeming youths in that region, and logically speaking, it’s quite the verity. The issue of internet scam is becoming endemic in Nigeria, it continues to dent our image to the international community.

HOW TO TACKLE UNEMPLOYMENT:

However, the government has its unique role to play in solving the issues of unemployment.

Furthermore, a lot of youth desists from volunteering, probably because it’s not a paid job. But in the work environment, experience is key and this can only be gotten through direct engagement, which come from working for an organization.

The period of the National Youth Service program is a period a lot of youths look down upon. But it is in fact, a time to gather relevant experience. Many have done successful transition to the work space before and after this period. Information is key, getting relevant and timely information about job offers can be advantageous and there are couple of sites which are recommendable— jobberman.com, searchthatjob.com.ng and many others which google can help find. Having a good curriculum vitae or a resume would definitely help a job seeker stand out in the multitude.

Yes, the government has a big role to play in reducing unemployment. But the youths can also find ways as stated above, how they can stand out, create jobs for themselves and others, even pay taxes and add to the economy. We shouldn’t give the wheels of our lives to the government, we should learn to be in charge.

20 Most Work from Home Jobs in the UK

Read More
PPosts
20 Most Reliable Staffing Agencies in Miami 2020 This post clearly focused on the best and reliable staffing agencies…
Read More
PPosts
How to Make Money on Fiverr in 2020 Have you ever asked yourself the possible ways to make…
PPosts
5 Marketing Careers You Should Explore A career in marketing can take you in a few unique ways.…

Read More
PPosts
Do you know you can work with the Nigerian Civil Defence? This is a detailed article on all…
PPosts
20 most reliable staffing agencies in New York In a job market that is described as tight, recruiting… 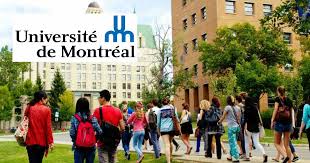 Read More
PPosts
Have you ever considered a University with a blend of two countries? Well, that is embedded in the…